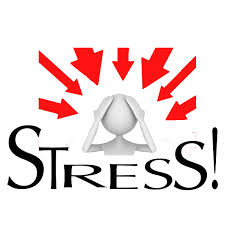 The relationship between stress, heart disease and sudden death has long been documented, yet new scientific advances are also showing a significant link between stress and other diseases. A recent study, published this month in the journal, Psychosomatic Medicine, found that those with highly demanding jobs over which they have little control, face a 45 per cent higher risk of developing Type 2 diabetes, than those in low stress jobs. To curb stress, regular exercise and a sound nutritional program are key.

The study, carried out by a research team at the Institute of Epidemiology II at the Helmholts Zentrum München in association with Professor Johannes Kruse of the University Hospital of Giessen and Marburg, involved the examination of data obtained from over 5,300 workers aged 29-66. At the start of the study, none of the participants had Type 2 diabetes yet at the end of the observation period (which lasted approximately 13 years), almost 300 had developed the disease. The increased risk faced by highly stressed workers was identified independently of traditional risk factors such as obesity, physical inactivity, gender and age. High levels of stress affect approximately one on five people – those affected feel that great demands are placed on them yet they are given little flexibility or power to make decisions with respect to how their job is carried out.  The researchers concluded that in order to battle the growing Type 2 diabetes epidemic, preventing strategies should take into account the negative effects of working in a highly stressful environment.

Suffering from chronically high levels of stress can lead to heart disease and Type 2 diabetes, but it can also affect our mental health, and is heavily linked to conditions such as anxiety disorders and depression. One of the most natural ways to lessen cortisol (stress hormone) levels is through exercise; yoga, for instance, was recently  found to significantly lessen cortisol levels and increase vitality in a group of women receiving radiotherapy for breast cancer. Another fascinating study revealed that short bursts of vigorous exercise may reduce the negative effects that stress can have on cellular ageing. The study showed that intense exercise reduced one of the main sings of cellular ageing: telomere shortening. Telomeres are tiny regions of repetitive nucleotide sequences at each end of a chromatid, which stops chromosomes from fusing with other chromosomes and staves off deterioration. The shortening of these telomeres is a symptom of cellular ageing. The study involved over 60 older women, all of whom were highly stressed carers of spouses or parents suffering from dementia. The women were randomly assigned to an exercise or an inactive group. The study showed that those who exercised intensely for a brief period displayed greater telomere length than their inactive counterparts. To make the most of the stress-busting effects of exercise, aim to combine strength training with at least 30 minutes of aerobic activity around five times a week. Cycling, running, swimming and even brisk walking can reduce stress and help you get a better night’s sleep.

The Important Role Played by Nutrition

The abundance of highly processed, high-sugar/salt foods in the typical Western diet also subjects the body to a significant amount of stress. Sound nutrition comprising a wide array of fresh, seasonal fruits and vegetables, is an important component of stress management. A sufficient intake of B-Vitamins, for instance, is essential for a properly functioning nervous system, while calcium counters lactic acid build-up in the muscles. Those who have high stress jobs should also pay particular attention to their Vitamin D intake, since high levels of (stress hormone) cortisol decrease the expression of Vitamin D receptors. Vitamin D is vital for a host of important functions and its deficiency has been linked to everything from the weakening of bones to immune system disorders, cardiovascular disease, dementia and cancer. In addition to spending a few minutes of sunscreen-free time in the sun every day, aim to enrich your diet by consuming high-quality Vitamin D sources, including fatty fish (wild salmon is also an excellent source of Omega-3 fatty acids), egg yolks from pastured hens and top grade cod liver oil. If you find that your diet is not rich or varied enough, supplementation may be helpful. See your doctor to ensure compatibility with any other medications you may be taking.